Posted by leahhollis on Jun 9, 2015 in bullying

Layla was working on a project that required the input of two other offices. 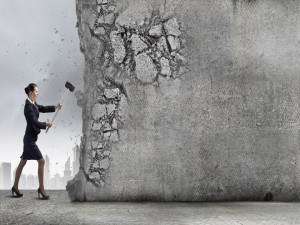 She needed data from the research office, and also promotional materials from the institution’s marketing division. She was on a deadline, but still needed to move forward and show progress.

Layla was referred to Vivien in research. Vivien had come highly recommended and apparently a very competent colleague. During Layla’s initial contact with Vivien, they made a series of agreements about time line, gathering data, and how it should be conveyed for Layla’s project. Layla even developed a grid to confirm data in an effort to make Vivien’s job easier.

But something went wrong.

After the initial contact, Vivien didn’t welcome direct phone calls. Though through email, Vivien insisted she could deliver the data within the time limits and insisted with Layla “…and don’t call me.” Layla knew this was awkward. How could any two professionals work without communication?

When the deadline finally came, Vivien had not followed through with what was promised. Layla could work with the delay but needed more information to manage other parts of the project. Apparently, Layla made a big mistake in picking up the phone for clarity. Not only did Vivien refuse to answer, Vivien immediately fired back with a very nasty email…”I told you not to call me… you are disturbing me…!”

When Layla mentioned this email to her office mate the answer back was, “Oh yeah, Vivien is just like that…”

This excuse is often given when someone acts unprofessional in the office. When incivility and a nasty attitude goes unchecked, the aggressor becomes emboldened and holds the office hostage with his or her nasty behavior. But what can Layla do? She needs the data.

How to handle bad behavior:

Remember, we train people on how to treat us. If we say nothing about the abuse, we are indeed accepting unacceptable behavior.  Bullies and aggressive people act this way because they are “ALLOWED” to act out.